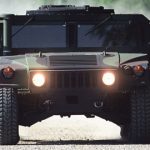 Reuters estimates AM General is worth more than $2B based on the company’s recent contract wins and its limited liability corporation structure, which could offer a “favorable” tax rate for the buyer.

Last month, the Army awarded the company a $562M contract to produce ambulance-configured High Mobility Multipurpose Wheeled Vehicles and another $51M contract to refurbish some of the service’s current Humvees.