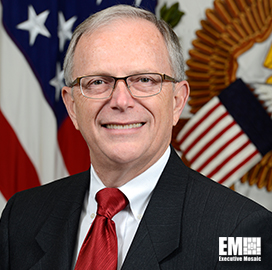 Early in his speech, Jette remarked that the “Army has been running hard for a long time,” noting the consequences of sequestration and continuing resolutions. “[The Army] was being consumed and not replenished,” he said. However, Jette divulged, in working with Congress, we’ve been “very successful” at recently achieving full readiness, allowing the service branch to now focus on modernization. With increased defense appropriations in the next two federal budgets, Jette expressed greater optimism for the Army’s near-term capabilities. “Today’s modernization is tomorrow’s readiness,” he told the audience.

However, Jette did warn there’s always the problem of “achieving your budget … to make sure you’re spending that [money] carefully.” It’s important to not only make sure allocated funds are spent, Jette elaborated, so they don’t revert to Congress, but also maximized, for the effectiveness of the overall acquisition process.

To that end, Jette discussed the creation of the Austin, Texas-based Army Futures Command, which is meant to streamline the branch’s procurement process. Under the AFC, Jette explained, the Army’s capabilities will be studied and tracked over time, and the branch will enjoy greater integration. This will enable a cross functional team to focus squarely on future results and capabilities, he said. “A fundamental piece that’s most important … is this bringing together of insight that’s necessary to define our warfighting.” 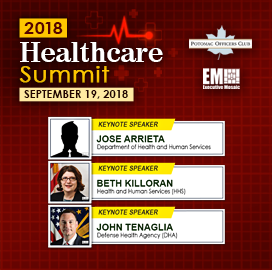 Jette also touched on the AFC’s role in implementing Big Six modernization priorities: long-range precision firepower; next-generation combat vehicles; future vertical lift; networks; air and missile defense; and soldier lethality. “Every year [it’s] something else. The most important thing,” Jette commented, saying this makes it difficult to be prepared and focused on looming threats. To combat this, he explains, the rankings and prescriptions in the Big Six list correspond with the Army’s needs, to achieve true operational readiness.

On Monday, the Senate confirmed Gen. John Murray, former deputy chief of staff for the Army’s G-8 unit, as AFC commander. Murray will assume leadership of the Army’s laboratory system, which was previously overseen by Jette.

Under the 2019 National Defense Authorization Act, the Army must submit a report to Congress by early next year detailing the AFC’s command structure.