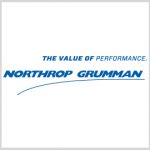 Northrop said Tuesday the FTC clearance calls for it to make solid-rocket motors available to competitors on “a non-discriminatory basis” and that it expects to close the deal after market close on Wednesday.

FTC also requires Northrop to establish a firewall between the SRM business and other corporate operations and authorizes the Defense Department to designate a compliance officer to see how the company meets the requirements.

The Falls Church, Va.-based defense contractor will run Orbital ATK as Northrop Grumman Innovation Systems once it completes the acquisition.

Northrop will pay $7.8 billion in cash and assume $1.4 billion in net debt from Orbital ATK under the deal originally announced in September 2017.

Northrop released its updated financial guidance for 2018 that reflects its projected results and the deal’s completion. The company now expects to record a free cash flow of between $2.3 billion and 2.6 billion and approximately $30 billion in 2018 sales.