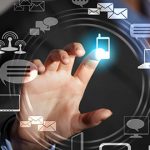 A justification and approval notice says the Army seeks to prevent a disruption to the military branch’s strategic sourcing efforts as it works to finalize the next iteration.

The $20 billion ITES-2S vehicle was initially due to expire in April 2015 and extended to April of this year, the report noted.

Bloomberg reports the military branch could re-compete task orders worth up to $930 million through April 2020.