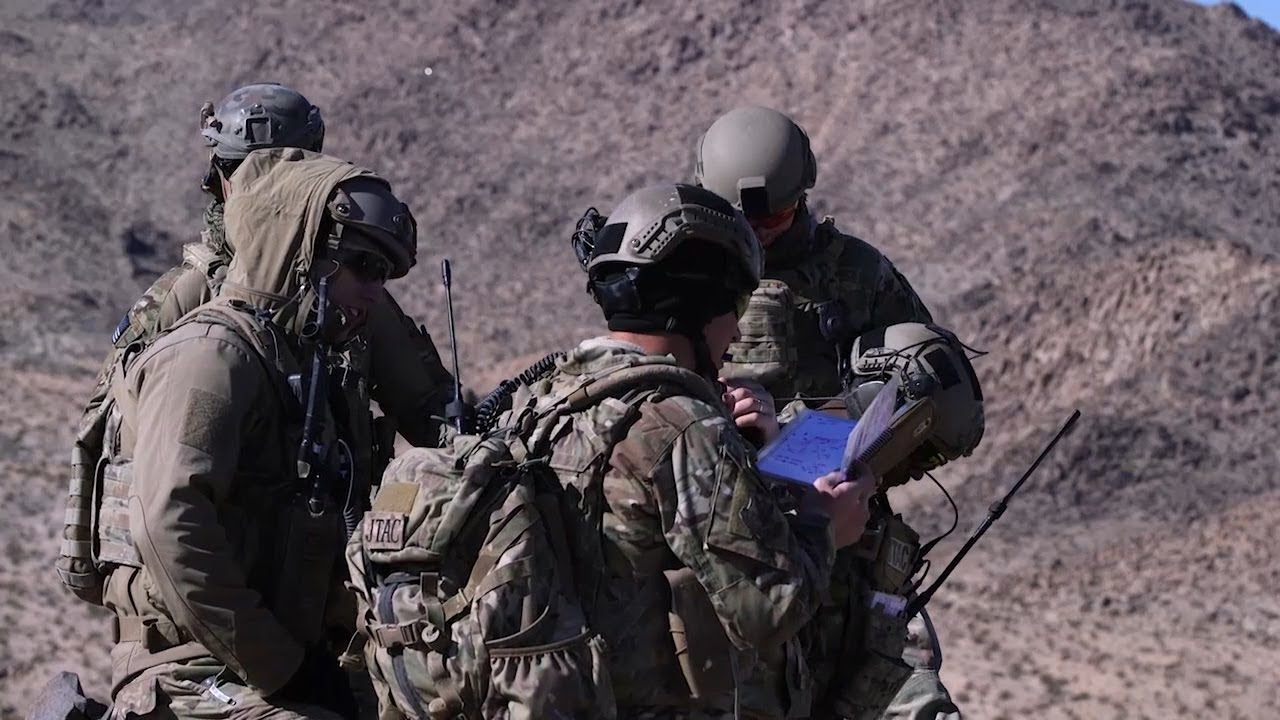 Joint Terminal Attack Controllers are qualified Airmen in the US Air Force that direct the action of combat aircraft engaged in close air support and other offensive air operations from a forward position. They often find themselves embedded in U.S. Army units downrange, so the National Training Center at Fort Irwin, Calif., sets them up for success by preparing them for exactly that. During their NTC training they live amongst their Army counterparts and practice live-fire Close Air Support (CAS) for a more efficient downrange application of their capabilities. Video by Senior Airman Kyle Saunders.