OGSystems has announced a series of leadership changes as CEO and Co-founder Omar Balkissoon transitions to the role of board chairman of the Chantilly, Virginia-based defense and intelligence technology contractor.

Balkissoon will also serve as CEO of GeoSpark Analytics, an OGSystems startup spinout.

Pagon co-founded OGSystems with Balkissoon in 2005 and previously served in the U.S. Air Force as an intelligence officer.

Martin has more than two decades of experience in defense and intelligence communities and has been responsible for all client programs within OGSystems for over 10 years.

He previously worked at Touchstone Consulting Group as a consultant and served in the U.S. Marine Corps.

Ehrmantraut joined OGSystems in 2014 and was instrumental in the establishment of the firmâ€™s in-house finance and accounting department.

He previously served as a financial analyst at Lockheed Martin (NYSE: LMT) and Vencore. 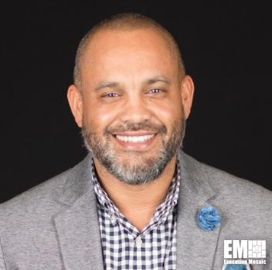 Parsons (NYSE: PSN) reported $904M in revenue for the first quarter of 2019, up 20 percent from the same period last year. The Pasadena, Calif.-based company said Tuesday it posted $1.2B in contract awards during the quarter with a total backlog of $8.6B and a book-to-bill ratio of 1.4x.

Parsons filed with the Securities and Exchange Commission for an initial public offering to raise approximately $500M, Reuters reported Friday. The IPO could be available in April or May with the value of the construction and engineering services estimated at $3B, according to the report. Bank of America, Goldman Sachs and Morgan Stanley are among
Sponsor