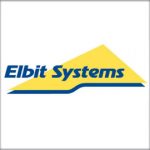 The company said Tuesday it will also supply the customer with missile warning, radio, communications and small unmanned aerial systems under the contract.