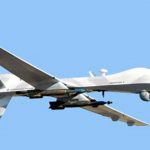 The former Air Force deputy chief of staff for intelligence, surveillance and reconnaissance Lt. Gen. David Deptula has a new report that offers the Defense Department suggestions as it writes a 25-year plan for unmanned aircraft.

The U.S. military needs to overhaul the way it is buying and managing drones, says Deptula, who is now the dean of the Air Force Association’s Mitchell Institute think tank, according to Defense One.

“We have to treat the remotely piloted aircraft enterprise in a much, much more efficient and effective fashion than we have in the past,” said Deptula, who retired in 2010.

Deptula also recommended that one branch, namely the Air Force, be designated as executive agents for unmanned aircraft. When this idea was originally proposed a decade ago, the Army and Navy shot it down.

“Perhaps the department has matured to the point that they would entertain this, that there is a motivation to try to get the most out of these systems, to increase our warfighting capacity while promoting service interdependency and the wisest use of tax dollars,” Deptula said Tuesday, Defense One reported.

The services all have major medium- and high-altitude drones. The Air Force has the MQ-1 Predator, MQ-9 Reaper and RQ-4 Global Hawk, Defense One reports, while the Army has the Grey Eagle, and the Navy has the Triton and the helicopter Fire Scout.

Deptula says that’s inefficient, and that the Pentagon should establish an executive agency to “compel unified action” across the services to reduce duplicative acquisition, coordinate research and development, increase interoperability, and reduce maintenance costs.

Gen. Mark Walsh, then-Air Force chief of staff, said two years ago that the debate over if any service should have executive agency over unmanned aircraft was “contentious when we had it” and that probably wouldn’t change. “For that reason alone, I don’t think it’s necessary,” said Walsh.

The report also offers the Pentagon recommendations on what new military drone technology they should invest in, and says that the DoD should develop open-system platforms with the ability to carry modular payloads. The report recmmends that larger unmanned aircraft be part of a “combat cloud” so they’re linked to others on the battlefield.