The Trump administrationÂ revealed its budget Tuesday, which would add almost half a trillion dollars to defense spending while cuttingÂ $1.5 trillion from nondefense spendingÂ and $1.4 trillion in Medicaid over the course of a decade.

Paid family leave, an issue that first daughter Ivanka Trump championed, made it into the budget, withÂ $19 billion set aside for that expense.

Trump’s budget planÂ counts on tax reform to fund its spending and keep the budget revenue-neutral; and it promises to bring the budget to balance within a decade. ItÂ would also lower the debt to GDP ratio to 60 percent and shrink the federal workforce. OMB has tasked each agency with how to specifically slash their workforces, but noted that would be part of the immediate cuts.

The administration plans to follow a â€œtwo-penny plan,â€ said Office of Management and Budget Director Mick Mulvaney Monday, meaning that it will imposeÂ an annual 2 percent reduction in non-defense discretionary spending.

â€œMany hard choices were necessary to reach the 2018 discretionary budget cap,â€ the White House said in a statement. â€œThe spending reductions in this budget are reflective of President Trumpâ€™s charge to reduce the size of the federal workforce and create a leaner, more accountable, less intrusive, and more effective government.â€

Presidential budgets are wish lists, and ultimately, the decision of what to do with federal spending rests with Congress.Â TheyÂ will take upÂ Trump’s budget proposal in the next weeks and months. There is already pushback from lawmakers on Capitol Hill, who are worried about budget cuts to specific agencies.

Sen. John Cornyn (R-Texas) called the budget “dead on arrival,” but back-pedaled on Twitter stating that “All POTUS budgets are.”

“The budget would cut 31.4 percent from the Environmental Protection Agency, 29.1 percent from the State Department, 20.5 percent from the Department of Agriculture and 10.7 percent from the National Science Foundation,” reports GovExec. The budget also calls for $610 billion in cuts to Medicaid over 10 years but moving the program from an entitlement to a block grant or putting in a per-capita ceiling on federal Medicaid funding to the states. Anti-poverty programs like Supplemental Nutrition Assistance Program (SNAP) andÂ Â Temporary Assistance for Needy Families (TANF) would see cuts of $193 billion and $21 billion respectively, over the next 10 years.

â€œWe are no longer going to measure compassion by the number of programs or number of people on those programs,â€ said Office of Management and Budget (OMB) Director Mick MulvaneyÂ Monday. â€œIf youâ€™re on food stamps and youâ€™re able-bodied, we need you to go back to work.â€

He also argued passionately that the economy will see gains of 3 percent in the next 5 years and that growth will be sustained through 2028. His estimate is at odds with theÂ Congressional Budget Office, whichÂ estimatesÂ a meagerÂ 1.9 percent growth over the next 10 years. 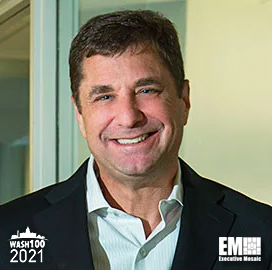 LexisNexis Risk Solutions and Accuity have agreed to merge their operations to establish a combined entity focused on providing financial crime compliance and risk offerings for government and enterprise customers. Accuity will operate under the LexisNexis Risk Solutions organization as a result of the merger transaction, the companies said in a joint release published Wednesday.

Trump’s Budget Proposal Adds Half Trillion to Defense Spending, to Balance in 10 Years

The Trump administrationÂ revealed its budget Tuesday, which would add almost half a trillion dollars to defense spending while cuttingÂ $1.5 trillion from nondefense spendingÂ and $1.4 trillion in Medicaid over the course of a decade. Trump’s plan, titled â€œA New Foundation for American Greatness,â€ leaves Medicare and the retirement portion of Â Social Security intact, but does reshape
Sponsor