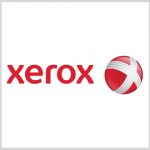 Xerox said Tuesday it received $1.8 billion from Conduent as part of the spinoff and will use the payment along with cash on hand to pay down nearly $2 billion in corporate debt.

Jeff Jacobson, who was chosen last year to serve as CEO of the new Xerox company,  said the completion of the split will help increase Xerox’s market focus and create value for shareholders.

On Saturday, Xerox shareholders received one share of Conduent common stock for every five shares of common stock they owned from the original company as of the Dec. 15, 2016, close of business.

Xerox also eyes investments in market segments such as document outsourcing for small and medium businesses.