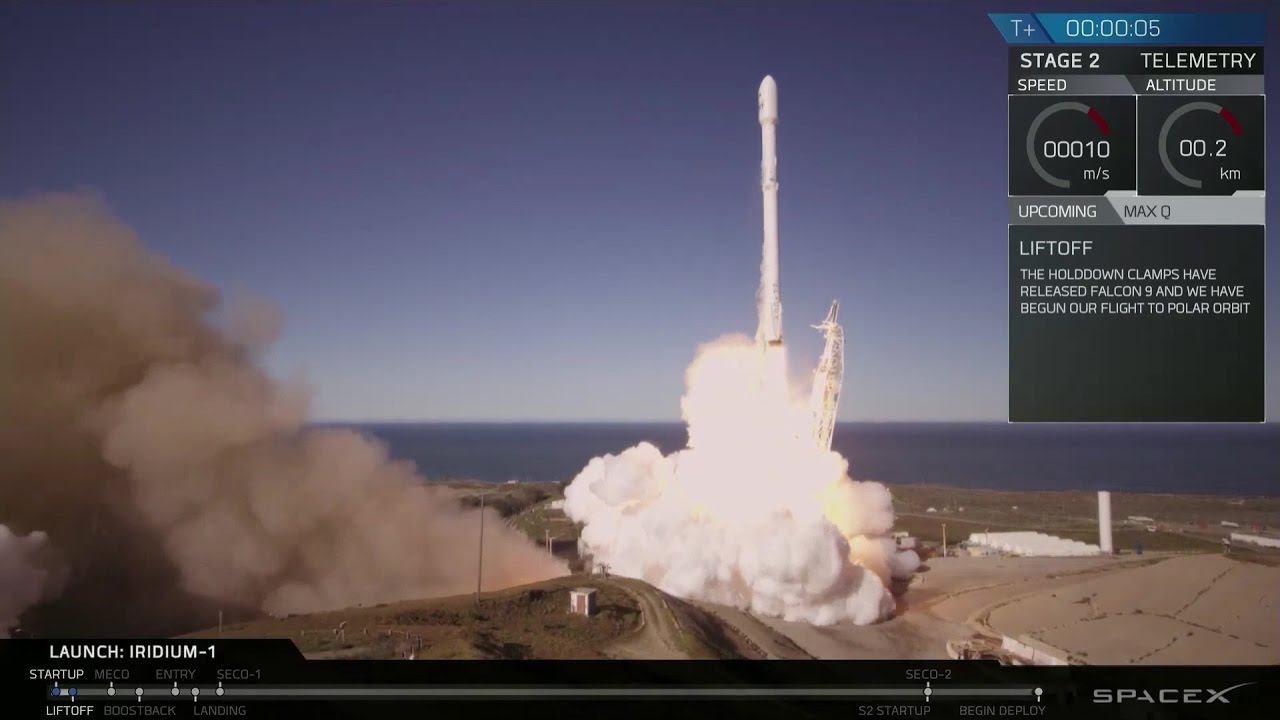 SpaceX have successfully launched their Falcon 9 Full Thrust rocket today in a rocket launch that occurred at January 14th 2016 at 17:54 UTC from Vandenberg Air Force Base in California. Just 3 months after a failure in the second stage caused a Falcon 9 to explode on the launch pad in Florida, destroying the payload and badly damaging the launch pad.

Todays rocket launch lifted 10 Iridium NEXT satellites into orbit on the first flight for Iridium of a planned 8 launches. Iridium use Low Earth orbiting satellites in large constellations to provide mobile connectivity to users back on Earth.

The first stage of this mission as per usual missions for SpaceX now, attempted a landing on an Ocean going barge named Just Read the Instructions. The landing was successful and marks the seventh Falcon 9 first stage to be recovered.