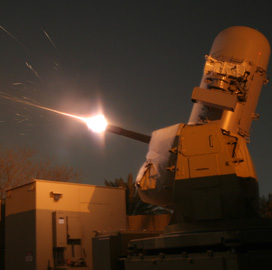 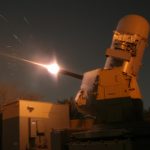 The military branch exercised options on a previously awarded contract and obligated $64.6 million at the time of award of the modification from its fiscal 2014 weapons procurement and fiscal 2016 operations and maintenance funds,  the Defense Department said Thursday.

DoD noted CIWS units are currently installed on ships of the Navy, the U.S. Coast Guard and some foreign navies.

The system is designed to automatically detect, track, engage and destroy anti-ship missiles, aircraft and littoral warfare threats that penetrate other fleet defenses, according to the Navy.

The Phalanx variant of CIWS is equipped with a six-barrel Gatlin gun while the SeaRAM variant is built with an 11-round Rolling Airframe Missile guidance technology.

Raytheon is scheduled to complete work under the modification in December 2022.