Executive Mosaic’s GovCon Index held lower Thursday against narrow movement by U.S. stocks as investors looked ahead to the July jobs report for release Friday before the opening bell.

The GovCon Index declined 0.176 points to 82.300 and three of its 11 S&P 500-listed stocks closed in positive with Boeing (NYSE: BA) and McKesson Corp. (NYSE: MCK) tied as the largest net laggers on the GCI of companies included in both indices.

Huntington Ingalls Industries (NYSE: HII) fell $1.30 — or 0.75 percent — to end as the GCI’s worst net performer after the military shipbuilder warned of profit margin challenges in the year’s second half as it works toward three major deliveries that include the USS Gerald R. Ford aircraft carrier for the Navy.

Maximus (NYSE: MMS) declined 59 cents — or 1.02 percent — after the health and human services contractor both reported third quarter sales below analyst forecasts and cut full-year revenue guidance on exposure to the British pound as the company is the main contractor for a benefits assessment program in the U.K.

Cubic Corp. (NYSE: CUB) closed as the GCI’s largest net and second-best percentage gainer a day after the defense and transportation contractor held to its full-year sales forecast despite a reduction in earnings expectations. 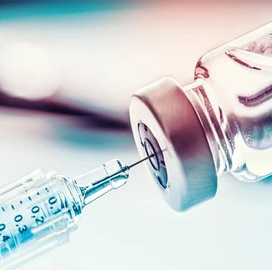 The Centers for Disease Control and Prevention will move to exercise an option under a 2016 contract with Irving, Texas-based health care company McKesson (NYSE: MCK) for the distribution of vaccines and associated supplies intended for pandemic vaccination efforts. 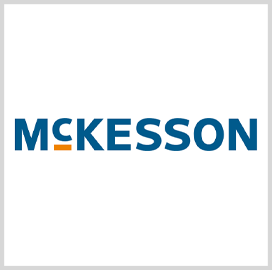