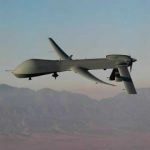 New York-based Drone USA has signed a letter of intent to buy an unidentified West Coast-based supplier of machine parts, spares and replacement tools to the defense and commercial sectors through a cash-and-stock transaction of an undisclosed sum.

Drone USA CEO Michael Bannon said Thursday he expects the transaction to help bolster the company’s earnings and build up its distribution network across the Defense Department.

The unnamed machine parts supplier generated approximately $22.3 million in revenues and $1.93 million in earnings before interest, taxes, depreciation and amortization for the last 12 months ended May 31, according to Drone USA.

Previously known as Texas Wyoming Drilling, Drone USA rebranded in May in an effort to reflect its focus on the development of low-altitude unmanned aircraft vehicles as well as expand in military, commercial and civil defense drone markets.