“Bill has been a dynamic leader for our company as CEO and previously as president & COO, where he was pivotal to Bechtel achieving a decade of extraordinary growth, ” said Bechtel Board Chair Riley Bechtel.

“Further, Jack and Brendan are the right team to provide strong leadership in support of the very capable team they have developed as we approach a period of volatility in our markets.”

Dudley has worked at Bechtel since 1981 and wasÂ appointed asÂ the company’s firstÂ non-family member CEO in 2014 after prior serviceÂ as president and COO.

The incoming vice chairmanÂ will also continue to serve onÂ the board of directors — where he has been a member since 2000.

He was appointed to the board in 2014 and previously workedÂ asÂ president of OG&C and general manager ofÂ theÂ liquefied natural gas business.

Bechtel has appointed current CEOÂ Bill DudleyÂ as vice chairman, President and Chief Operating OfficerÂ Brendan Bechtel as the next chief executiveÂ andÂ Jack Futcher — president of the companyâ€™s oil, gas and chemicals business — as groupÂ president and COO. The company saidÂ Tuesday the executive leadership changes will take effect onÂ Sept. 1. “Bill has been a dynamic leader for our

Brendan BechtelÂ — president of Bechtel‘s oil, gas and chemicals business and son of Board Chairman Riley BechtelÂ — has been promoted to group president and chief operating officer, effective Aug. 1. The younger Bechtel will report to Chief Executive Officer Bill Dudley and serve as a member of the board of directors, the company said Thursday. 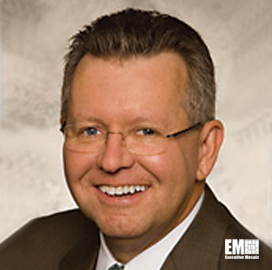 Bill Dudley, formerly president and chief operating officer of Bechtel Corp., has been named president and CEO of that company as part of its executive realignment. Dudley succeeds Riley Bechtel, who will remain chairman of Bechtel’s board of directors, Bechtel said Monday. “Bill has been our top candidate for CEO succession for some time, and
Sponsor