“We are pleased to have Jim join our leadership team, ” said FedBid CEO Joe Jordan, a former Office of the Federal Procurement Policy administrator who was promoted to his current role at FedBid in January 2015.

“As we continue to develop and expand our core businesses and customer base overall, his experience working with growth firms as well as having led finance and operations functions with several different companies will help shape our path forward, ” he added.

Spencer also served as CFO,  secretary and treasurer at Allion Healthcare and worked as an investment banker at Thomas Weisel Partners, Credit Suisse First Boston and Alex. Brown and Sons.

At Gray Areas, he managed the consulting practice’s work with organizations, companies and investors to optimize operations and performance.

He also worked at Lone Star Aerospace as VP for the National Capitol Region, at PwC as director of the global public advisory sector and at PRTM Management Consultants as a principal.

The 27-year Navy veteran also served as head of the Defense Contract Management Command, director of contracts at the Space and Naval Warfare Systems Command and a commanding officer of the Naval Regional Contracting Center based in Singapore. 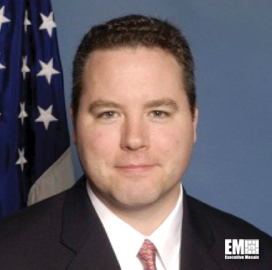 Joseph Jordan, FedBid‘s public sector president and former Office of Federal Procurement Policy administrator, has elevated to the role of chief executive officer at FedBid and the appointment took effect Jan. 1. The company said Tuesday Jordan has led its public sector business in working with federal agencies to leverage reverse auction to save approximately $100 million in procurement cost.
Sponsor