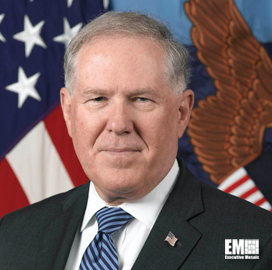 The Defense Department is on schedule in its plan to deliver its fiscal year 2017 budget plan by the end of January or early February, the Pentagon’s lead acquisition official told the Potomac Officers Club Wednesday.

“We are now looking to make adjustments necessary because of the deal but it is on track, ” Kendall said.

DoD’s budget will go down approximately 3 percent between fiscal years 2016 and 2017, Kendall said.

R&D, modernization and procurement funds will likely be subject to cuts in DoD’s fiscal 2017 budget framework but no final decisions have been made, he said.

Still, Kendall cautioned the audience over the prospects of R&D reductions in 2017 and after.

“If you don’t do the R&D you won’t have a product at all. Once you take the R&D out you are denying yourself future products in any quantity.”

Kendall was the keynote speaker for the POC’s Defense Research & Development event, a half-day forum for government and contracting executives in attendance to get an update on the military’s current R&D environment and both short- and long-term outlooks for the armed forces in technology programs.

Kendall also updated the audience on DoD’s new Defense Innovation Unit-Experimental hub in Silicon Valley, California, which he said is working to give the military access to “commercial technologies on the cutting edge.”

DoD is looking for non-traditional sources of technology it previously would have seen longer delays for in efforts to acquire those tools, he said.

“My barometer for success in this organization is starting to make money flow into technology and into products at DoD.”

“A lot of those products will come through other products as (technology companies) are doing a lot of things that go into large platforms.”