The GovCon Index held in negative territory after a brief spike in the first hour of trading Wednesday to end at a decline of 0.581 points to 78.157.

U.S. stocks also lost ground Friday with all three major indices down between one-half and a full percentage point as energy stocks were the biggest decliners in the S&P 500 on a decline in oil prices to below $40 per barrel in New York, Bloomberg reported.

Wednesday was also the last full trading session before the European Central Bank’s meeting and Federal Reserve Chair Janet Yellen’s testimony to lawmakers in Washington, according to Bloomberg. 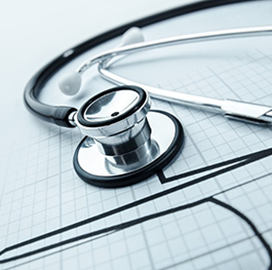 The Department of Defense has issued a draft solicitation for two fifth-generation TRICARE managed care support contracts that could be worth more than $58B combined, Bloomberg Government reported Monday.