Each company will help produceÂ an eight-wheeled platform that can operate within Littoral Combat Ships and includes a precision weapon terminal as well as mobility, crew protection and landward maneuverability systems.

The contracts cover EMD of 13 vehicles and include optionsÂ to build an additional three systems.

Defense News reported Tuesday the ACVs will cost approximately $7.5 million per unit and be designed to accommodate at least 10 Marines and their tactical equipment.

The other bidders on the program wereÂ General Dynamics‘ (NYSE: GD) land systems unit, Lockheed Martin (NYSE: LMT) and Advanced Defense Vehicle Systems, according to the story by Jen Judson.

During the initial competition, BAE and partner Iveco proposed a vehicle designed to travel up to 65 miles per hour on ground and 7 miles per hour in ocean with a reserve buoyancy rate of 21 percent.

SAIC’s offering works to operate at about 7 mph when deployed in the water and some 23 percent excess buoyancy, the report said.

The Marine Corps said it aims to procure and deploy as many as 204 ACVs from one manufacturer by 2023 to replace its current fleet ofÂ Advanced Amphibious Assault vehicles.

Raytheon Technologies (NYSE: RTX) will move to the engineering and manufacturing development phase for the Long Range Standoff weapon system under a potential $2 billion contract with the U.S. Air Force. Raytheon’s missile and defense business will continue to mature production processes and demonstrate the manufacturing environment with a goal of achieving full production readiness 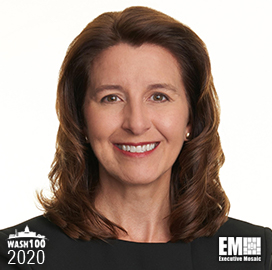