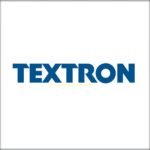 The Providence, R.I.-based conglomerate and owner of military aircraft makers Bell Helicopter and Beechcraft posted $176 million in profit for an increase of 9.6 percent from the same quarter last year.

Revenue fell 7.29 percent from the prior year period to $3.18 billion on reduced deliveries of the V-22 tiltrotor craft, which declined from 12 to four year-over-year.

Sales in the Bell Helicopter segment declined 36 percent from the same quarter last year while Textron’s aviation unit posted a 7.31-percent increase, the systems segment was up 17.31 percent and the industrial segment rose 5.48 percent.

Textron’s backlog in the Bell, aviation and systems segments totaled $9.3 billion at the end of the quarter, a figure relatively flat with the same period last year.

Textron shares have fallen 7.81 percent since the year’s start and are up a nominal 7 cents over the last 12 months.