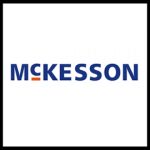 McKesson (NYSE: MCK) — one of 30 companies listed on Executive Mosaic’s GovCon Index — has reported earnings of $3.31 per share for the second quarter of the healthcare technology and services provider’s 2016 fiscal year.

Overall revenue for the quarter were $48.76 billion to beat the consensus analyst estimate by $960 million and show a 10.41-percent increase from the same period in the prior year.

The company also has announced it plans to repurchase $2 billion of its shares on top of the $500 million in stock it purchased during the second quarter.

McKesson revised its earnings guidance for fiscal 2016 to a range of $12.50-to-$13.00 per share based on an exchange rate of $1.10 per Euro and did not release a sales outlook in the release of its second quarter results.

The company recorded $6.7 billion in unclassified U.S. government revenue for federal fiscal year 2014 and was the seventh-largest contractor in terms of sales to agencies during that time, according to Bloomberg Government.

McKesson holds contracts to help the departments of Defense and Veterans Affairs deliver drugs via mail to active and retired U.S. soldiers.

As of Thursday pre-market open, McKesson shares had declined 12.13 percent from the year’s start and were down 9.34 percent over 12 months.