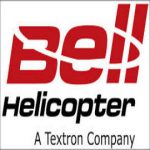 She succeeds Mitch Snyder, who elevated to president and CEO at Bell Helicopter, and will oversee the Textron (NYSE: TXT) subsidiary’s strategic programs and business development efforts in the government sector, Textron said Thursday.

Atherton has managed the company’s work on V-22 and H-1 helicopters for U.S. and foreign military customers.

Before she joined Textron in 2007, Atherton oversaw Air Combat Command budgetary and operational requirements at the U.S. Air Force for eight years, as well as served as a USAF officer.