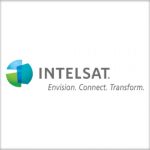 Intelsat (NYSE: I) — one of 30 companies listed on Executive Mosaic’s GovCon Index —  has reported third quarter earnings of 85 cents per share versus the consensus Wall Street estimate of 39 cents and the prior year figure of 79 cents.

The Luxembourg-based satellite services provider and owner of Virginia-based Intelsat General posted $78.97 million in profit for the third quarter at a 15.08 percent increase from the same period last year.

Intelsat held to its full-year sales guidance of between $2.33 billion and $2.38 billion without an outlook for its earnings in fiscal 2015.

As of Thursday morning pre-open, Intelsat shares were down 64.29 percent from the year’s start and have declined 65.73 percent over 12 months.