He will report to ISR VP and General Manager Linnie Haynesworth and be responsible for executing and coordinating internal operations and resources, Northrop said Tuesday.

“His broad range of military experience, including his work on various space and satellite systems, as well as his effective skills in relationship management will serve us well across our different mission areas and customer domains, â€ said Haynesworth.

He also held various positions in the military satellite communications systems directorate and space superiority at the Space and Missile Systems Center, Los Angeles Air Force Base before he joined Northrop in 2007. 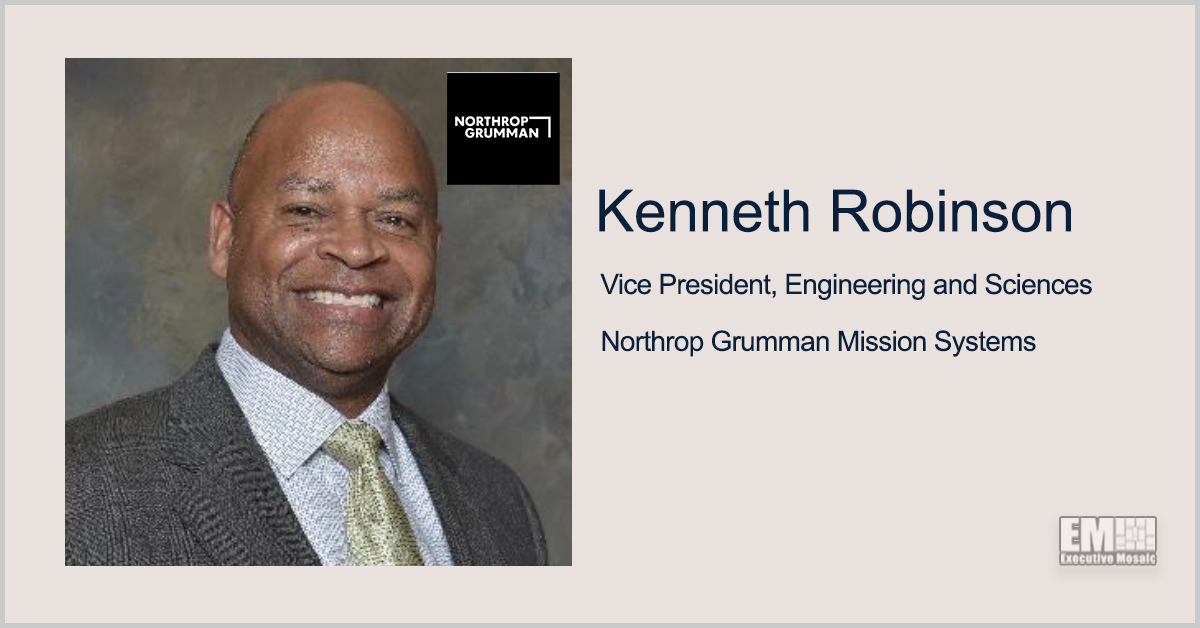 Kenneth “Kenny” Robinson, a more than 14-year veteran of Northrop Grumman (NYSE: NOC), has been promoted to vice president and chief diversity officer. His promotion is effective May 31 and he will hold the additional title of president at Northrop’s philanthropic organization, the company said Tuesday. Robinson will succeed Sandra Evers-Manly, who will retire from