Andy Pasztor writes Aerojet Rocketdyne was not given access to the Boeing-Lockheed joint venture’s books before the rocket engine manufacturer received a formal rejection of its ULA bid.

Chris Chadwick, president and CEO of Boeing’s defense, space and security business, told reporters Wednesday at an Air Force Association forum the company did not seriously consider the acquisition offer, according to a report by Reuters’ Andrea Shalal.

He added he believes ULA has a “good competitive position” in the space launch services market and that Boeing is committed to the venture for the long term.

The publication quoted Chadwick as saying Boeing wants to keep its options open in collaborating with other companies to build a U.S.-made engine technology. 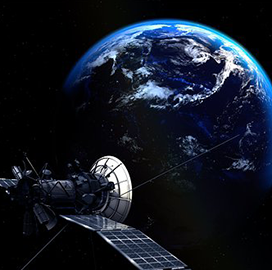 TYSONS CORNER, VA, Aug. 12, 2016 — Lockheed Martin (NYSE: LMT) has teamed with Elbit Systems to pursue a contract with the U.K. defense ministry for the update of the Challenger 2 tanks under the British army’s Life Extension Project, ExecutiveBiz reported Thursday. Lockheed said Wednesday the team plans to perform work at its Ampthill site in

(NOTE: This summary was published prior to BAE Systems PLC’s announcement that it would not undertake the sale described in this story. Please click here to read our subsequent report on that announcement) Veritas Capital is in advanced negotiations to purchase BAE Systems‘ business units that offer manpower and information technology services to the U.S. government
Sponsor