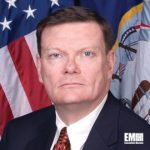 The Defense Department‘s cultural aspects of technology adoption and usage are the largest areas of the agency that require changes in order to take in commercial tools at greater numbers, DoD’s chief information officer told the Potomac Officers Club Tuesday.

Modified policies are also part of DoD’s larger goal to look at the commercial sector for new technologies, Halvorsen said.

“Government used to do more innovation but today it’s coming more from industry, ” he said.

“We can change policies to make innovation happen faster.”

Halvorsen also described his June visit to Silicon Valley, Calif. in his keynote address to the audience of GovCon industry and federal leaders in Falls Church, Va.

One goal of the visit was to help companies based in the region understand how much the Pentagon spends on information technology and cybersecurity programs, he said.

“We didn’t understand the financial timeline in their innovation cycles, ” Halvorsen said in reference to how Silicon Valley firms develop new technologies.

“It’s not about changing their financial cycles but ours at DoD.”

Halvorsen also discussed his idea for how direct exchanges of employees between government and industry could help both sides understand each other’s missions better, a theme he overviewed in an interview with our sister site ExecutiveGov published Wednesday.