The company said Monday Andersen, who previously served as executive vice president and chief financial officer, will be in charge of the development and execution of its corporate strategic plan.

He will also oversee lines of business that provide IT products and services to federal defense, intelligence and civilian agencies.

Andersen worked at BearingPoint and Science Applications International Corp. (NYSE: SAIC) before he joined NJVC in 2009.

The company also said Monday Carr, formerly chief technology officer, will assume the role of COO while Bongianino, formerly general manager of IT services, will join the SVP ranks.

He has served more than 30 years in federal government and held leadership roles at the National Geospatial-Intelligence Agency prior to joining NJVC in 2011.

Bongianino also moved to the company in 2011 and is a 20-year defense and national security sector veteran with experience at companies such as BAE Systems.

He will be in charge of NJVC’s sales, business development and strategies, strategic partnerships and new business capture. 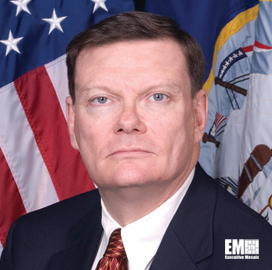 Virginia-based information technology provider NJVC has promoted Chris Andersen,  Michael Carr and Jeff Bongianino to president, chief operations officer and senior vice president for business development, respectively. The company said Monday Andersen, who previously served as executive vice president and chief financial officer, will be in charge of the development and execution of its corporate strategic plan. He will also
Executive Moves

NJVC has promoted Michael Carr, formerly acting chief technology officer and senior vice president of programs, to the CTO position on a permanent basis, the company announced Wednesday. This promotion is one of a series of executive moves as the company carries out an organizational realignment. Dave Lavanty, formerly SVP for solution sales, now leads