SGT saidÂ MondayÂ Judy Marks, CEO of theÂ subsidiary since its 2011 launch, will transition into anÂ executive vice president roleÂ at the Houston-basedÂ Dresser-Rand business Siemens closed its estimated $7.6 billion acquisition of over the summer.

Marks will oversee the integration of Drasser-Rand into Siemens as EVP of global operations and also lead development and deployment of large-scale projects and programs, Siemens said.

Humpton and Marks, both nearly three-decade GovCon industry veterans, were inducted into Executive Mosaic’s Wash100 list for 2015 in recognition of their influence and leadership in the sector.

Humpton joined Siemens Government Technologies in October 2011 as senior VPÂ of business development and was appointed to the COO role in late 2014.

Our sister site ExecutiveBiz spoke to Humpton in January for a wide-rangingÂ discussion onÂ the federal government’s push to greater use renewable energy resources and the impact of a White House executive order on cybersecurity forÂ U.S. critical infrastructure.

“We have seen how their information technology and operational technology share the same backbone, soÂ there is a need to look at the cybersecurity of these components, ” HumptonÂ said. 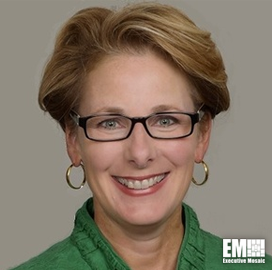 Ann Ackerson, a more than three-decade supply chain management and procurement professional, will assume the role of global chief procurement officer at BAE Systems’ U.S. subsidiary on May 4.