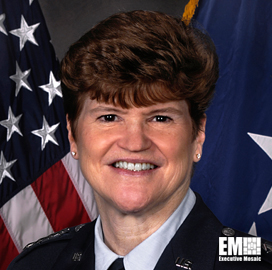 Janet Wolfenbarger, former commander of the U.S. Air Force Materiel Command and a retired four-star general, has been appointed to the board of directors at AECOM (NYSE: ACM) in a move that officially takes effect Saturday.

She has led AFMC operations over the past three years and her prior roles also include vice commander and director of the command’s intelligence and requirements directorate at Wright-Patterson AF Base in Ohio, AECOM said Tuesday.

She joined the Air Force in 1980 as a technical intelligence analyst at Eglin Air Force Base in Florida and later held positions within the military branch’s Electronic Security Command and Systems Command.

She is also a former director of the AF acquisition center of excellence in Washington and served as military deputy to the military branch’s assistant secretary for acquisition before she took the AFMC commander role in June 2012.