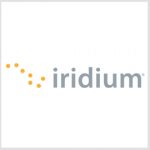 Iridium Communications (Nasdaq: IRDM) has reported a 12.5 percent increase in government segment revenue for the company’s fiscal year 2015 second quarter compared to the prior year period.

Total quarterly sales for the segment reached $18 million, which the company attributed primarily to its airtime services contract with the Defense Department.

The company continues to have 2017 as the year NEXT will be fully deployed, the 2015 Wash100 inductee said.

“We continue to move the initial space vehicles through low-rate production and have successfully integrated the first Aireon payload with the satellite platform, ” Desch said.

“However, a subsystem supplier is reworking an important hardware component related to the Ka-band satellite links, which is pushing our initial launch on the Dnepr rocket out two months to December, ” he added.

The National Security Space Association has named eight new members to its board of directors. The appointments came a month after NSSA added Lester Lyles, a retired Air Force general, and Stephanie O'Sullivan, former principal deputy director of national intelligence, to the board, the association said Tuesday.

Tom Afferton, vice president of civil solutions at Northrop Grumman, will serve as the moderator for the expert panel during Potomac Officers Club’s Secure IT Modernization in Today’s Environment Virtual Event on August 26th.