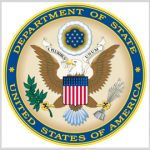 Australia intends to use the weapons systems for its homeland defense and coalition efforts and to defend the country against regional threats,  according to DSCA.