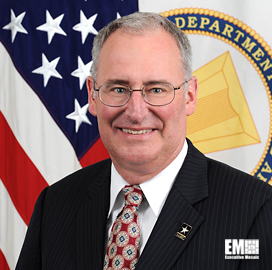 Michael Krieger, former deputy chief information officer/G6 at the U.S. Army, has joined Neustar as director of a new organization that will oversee work to transition out the company’s Local Number Portability Administrator contract with the Federal Communications Commission.

The Federal Communications Commission decided in March to award the next LNPA contract to Telcordia and the current contract with Neustar expires June 30.

Krieger oversaw IT operations across the Army from 2008 to 2014 and helped spearhead the development of the Defense Department‘s Joint Regional Security Architecture.

Before that, he was principal director in the Office of the DoD Deputy Chief Information Officer.

She held positions at ViaSat and TRW before she joined the federal government.

Prior to that role, he worked in the Army’s deputy CIO office and at IBM‘s (NYSE: IBM) federal business and A.C. Nielsen Co.