CGI has made no official announcement of theÂ appointmentÂ but has updated its website to reflect Hurlebaus’ new positionÂ at the subsidiary.

He succeedsÂ James Peake, the formerÂ veterans affairs secretary and Wash100 inductee who led CGI Federal as president for the past year.

Hurlebaus oversees CGI’s work with the departments of Homeland Security and Justice, many intelligence agencies, Â the General Services Administration, Navy, Marine Corps and Air Force in his SVP role.

His career at CGI also includes time in roles such as headÂ of theÂ U.S. enterprise markets business engineering and strategic sales groupÂ and leader ofÂ growth initiatives for CGI in Europe and Asia. 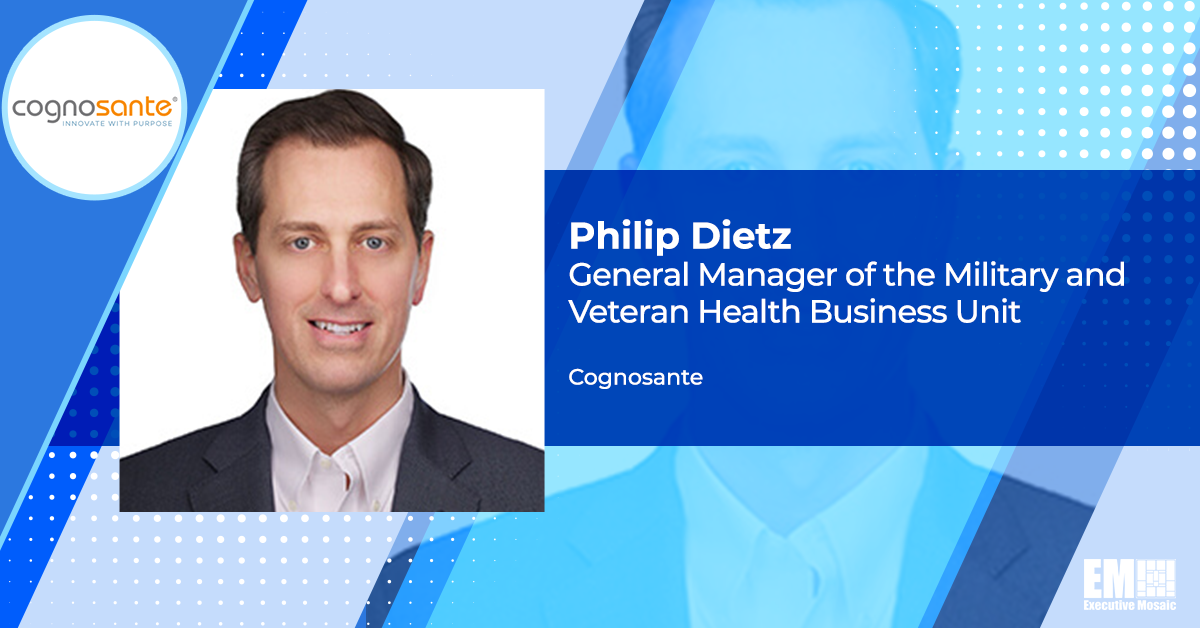 Cognosante has been awarded a potential five-year, $217 million contract to continue providing support services for a Department of Veterans Affairs system used to manage referral and authorization processes for community care services. The award, which has one base year plus four option years, is the third VA contract for the Community Care Referrals and

The Department of Veterans Affairs is soliciting proposals for a potential five-year, $650 million contract vehicle intended to augment technology design, development and testing efforts within the Veterans Health Administration. A solicitation notice posted on SAM.gov states that the Accelerating VA Innovation and Learning program calls for subject matter expertise to create novel platforms for