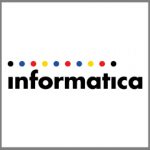 Informatica (NASDAQ: INFA) has agreed to be acquired by a Permira Advisers–Canada Pension Plan Investment Board alliance for approximately $5.3 billion, or $48.75 per share in cash, the Wall Street Journal reported Tuesday.

The transaction will take the California-based data management software company private and marks the biggest U.S. leveraged buyout this year, according to the report by Gillian Tan and Dana Cimilluca.

Informatica expects to complete the sale in the second or third quarter of this year.

Bertrand Marotte of The Globe and Mail newspaper reported that Bank of America Merrill Lynch, Goldman Sachs & Co., Macquarie Capital and Union Square Advisors served as financial advisers to the Permira-CPPIB partnership on the transaction.