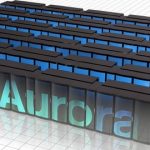 Intel (NASDAQ: INTC) and Cray (NASDAQ: CRAY) will collaborate with the Energy Department to build a new $200 million supercomputing system at Argonne National Laboratory in Illinois for research into solar, wind and biofuel energy technologies.

Franklin Orr, energy undersecretary for science and energy, said Wednesday that the department and the companies will aim to have the $200 million Aurora system commissioned by 2018 and will open the computer to all scientific users.

Aurora represents the department’s third and final investment under its Collaboration of Oak Ridge, Argonne, and Lawrence Livermore initiative to move the U.S. toward exascale computing.

DOE last unveiled a $325 million portion of the CORAL supercomputing initiative in November 2014, when the department announced its plans to install two supercomputers at the Oak Ridge and Lawrence Livermore laboratories with technologies from IBM (NYSE: IBM),  Mellanox and NVIDIA.

Orr said DOE will use Aurora for efforts to “advance low-carbon energy technologies and our fundamental understanding of the universe, while maintaining United States’ global leadership in high performance computing.”

Intel will act as the prime contractor for the Aurora project and supply its Xeon processors and other technologies, while Cray has been subcontracted to help with system integration work and base Aurora off of Cray’s Shasta supercomputer.

Argonne and Intel aim to have an interim supercomputer system in place by 2016 to help in the lab’s transition of applications into Aurora, DOE said.

Once commissioned, Aurora will work to carry out 180 trillion scientific calculations per second.