Michael Burke, CEO of AECOM (NYSE: ACM), has been appointed chairman of the companyâ€™s board of directors in addition to his current position.

Burke succeeds John Dionisio, who recently retired from the executive chairman role and will remain as a member of the board, AECOM said Wednesday.

â€œI would like to thank John Dionisio for his 43 years of service to this organization and his many contributions to the engineering industry, â€ said Burke.

He was named AECOM CEO in March 2014 and has since been leading the firmâ€™s efforts to double its revenue and workforce through acquisitions, including the recent takeover of URSÂ (NYSE: URS).

Burke joined AECOM in 2005, became the chief financial officer in 2006 and moved into the president role in October 2011. 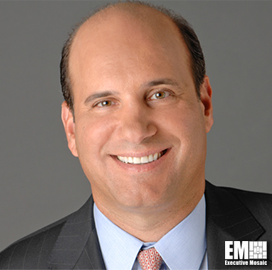 Affiliates of private equity firms Lindsay Goldberg and American Securities have completed the acquisition of AECOM’s (NYSE: ACM) management services business for $2.4B. “We are pleased to complete this value-enhancing transaction, which further hones our focus on our Professional Services business and we expect will enable us to accelerate debt reduction and share repurchases,” Michael Burke, chairman and CEO of AECOM, said in a statement published Monday.

Starboard Value, a New York-based investment adviser and a shareholder of AECOM (NYSE: ACM), has recommended three independent directors for appointment to AECOM’s board under a governance agreement. AECOM said Friday Peter Feld, a managing member of Starboard, and Robert Card, president of executive advisory services firm The Card Group, will immediately join its board, while Jacqueline Hinman, former chairman, president and CEO of CH2M Hill, will assume duties as a board member on Dec. 16.

The board of directors at AECOM has approved the company’s plan to separate its management services business as a new publicly traded company that will primarily serve national government clients. AECOM said Monday it expects to complete the spinoff in the second half of its 2020 fiscal year and retain John Vollmer, the segment’s president and a 2019 Wash100 winner,  along with the current management team in the leadership of the future independent company.