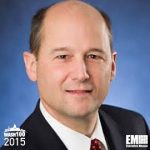 Under the recompete contract originally awarded in 2004, Harris will continue to perform program management work on the CMS through 2016, with options to extend up to a maximum nine more years, the company said Thursday.

DISA’s CMS is a secure video-teleconferencing and VoIP network used by U.S. government leaders to communicate during emergency situations.

Wayne Lucernoni, president of Harris IT Services and an inductee into this year’s Wash100, described the program’s role as one of the key components of the country’s security infrastructure.

“Technology plays a vital role in helping leaders make sound decisions and we are committed to giving them the best technology possible, whenever they need it, ” Lucernoni said.