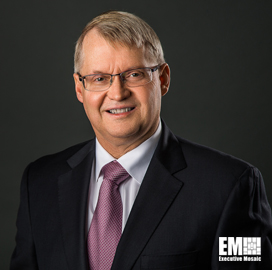 Stewart led ICF through its 2006 initial public offering and Deltek through an IPO in 1997 in CFO roles at those firms.

His nine-year tenure at ICF between 2001 and 2010 saw ICF’s revenue grow six-fold, according to Vistronix.

Prior to Deltek, Stewart served as CFO at DataZen and Blackboard.