He succeeds retiring Bill Clifford and will manage the organization’s strategy, financial performance and operations functions in his new positions, BAE said Tuesday.

Campbell most recently oversaw the undersea warfare and naval combatant systems portfolio of American Systems and has served in the U.S. Navy for more than three decades before he joined the private sector.

He became an engineering duty officer and held leadership roles at the Naval Sea Systems Command as well as at the Pearl Harbor and Norfolk naval shipyards during his time in the military.

A University of Pennsylvania graduate, Campbell earned his naval engineer’s degree and a master’s degree in mechanical engineering from the Massachusetts Institute of Technology.

Joseph Campbell, formerly a group vice president and director at American Systems, has been named vice president and general manager for the ship repair division at BAE Systems‘ U.S. subsidiary. He succeeds retiring Bill Clifford and will manage the organization’s strategy, financial performance and operations functions in his new positions, BAE said Tuesday. Campbell most 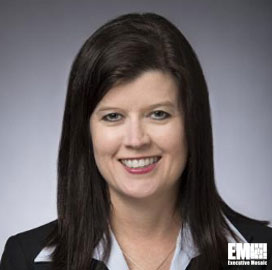 Randa Newsome, formerly a vice president at Raytheon‘s (NYSE: RTN) integrated defense systems unit, will serve as the company’s VP of human resources and global security beginning on Jan. 1. The 13-year company veteran succeeds Keith Peden, who will retire from the company after a 21-year career, Raytheon announced Thursday. “Randa is well positioned to

Harold Carlisle, a 22-year veteran of Cubic (NYSE: CUB), has been promoted from director to vice president of technical services for the company’s mission support services business. He will oversee contractor operations and maintenance services, training and mentoring strategies and instructional support programs in his new position, Cubic said Thursday. Carlisle will report to Al
Sponsor