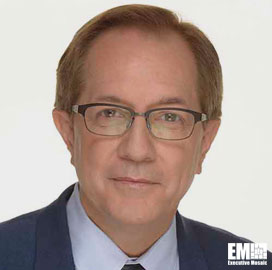 Schwartz will report to White Ops CEO Michael Tiffany and be responsible for the company’s go-to-market strategy and operations,  White Ops said Monday.

“He’s an ideal person to help lead White Ops’ solutions into the next stage and the next wave of major security innovations, ” said Tiffany.

The 20-plus-year information and security technology veteran also worked for ManTech as chief technology officer after he served as executive vice president and general manager at Global Integrity.

Schwartz was also the first CISO of Nationwide Insurance and a director of a government information security lab.

He co-founded the Cyber Security Research Alliance and served on the executive committee for the Banking Information Technology Secretariat.

Schwartz is the chairman of ISACA’s Global Cyber Security Taskforce and a member of its strategic advisory council.

Executive Mosaic is pleased to present Leanne Caret, president and CEO of Boeing Defense, Space & Security (BDS), as an inductee into the 2021 Wash100 Award for driving innovative solutions across the technology and defense landscape, as well as spearheading investments to grow the BDS business unit. This marks Caret’s fifth consecutive Wash100 Award. She