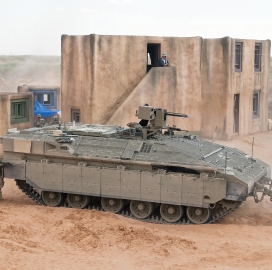 Iraq is also purchasing approximately $6 billion in Apache helicopters and associated equipment under a separate sales agreement announced in January.

The Defense Security Cooperation Agency has also notified the Congress about Pentagon’s approval for the $101 million sale of 200 AM General-built Humvees to Iraq, according to the report.