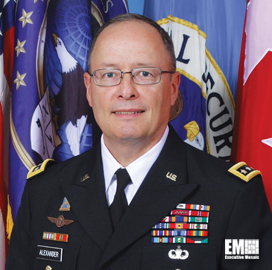 Keith Alexander, the former director of the National Security Agency, has founded a consultancy that advises financial institutions about defending against cyber threats, Politico reported Thursday.

Darren Samuelsohn and Joseph Marks write that Alexander’s consulting practice will be headquartered in Washington and will collaborate with Promontory Financial Group to offer cybersecurity services.

“After a 40-year career in the military and the government, I am beginning an effort to see what I could do to help address the cybersecurity threats facing the financial services industry, its customers, and their assets, ” Alexander said, according to Politico.

Alexander, a retired Army four-star general,  also led the U.S. Cyber Command in addition to his director role at NSA.