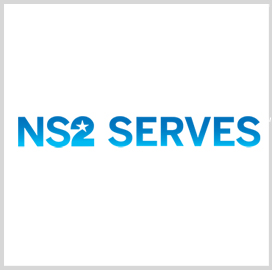 In November 2013, SAP National Security Services (SAP NS2) announced a new nonprofit organization called NS2 Serves in an effort to address an issue near and dear to the independent U.S. subsidiary of SAP; veteran unemployment.

SAP NS2 looks to veterans to fill a large percentage of its workforce as it supports the national security missions of the U.S. through work in enterprise applications, analytics, databases, cloud computing and mobile software.

But, for many veterans looking to enter the workforce, the skills they developed during their service don’t always immediately align with the skills employers need to run their organizations.

That has contributed to the unemployment rate for veterans averaging up to 9 percent higher than the national average over the last five-to-six years.

SAP NS2 President Mark Testoni, a 20-year veteran of the U.S. Air Force, saw an opportunity to help veterans apply their capabilities to honing information technology skills, which are critical to running every organization at some level or another.

The result was NS2 Serves’ training and employment assistance program, an intensive 3-month program fully paid for by SAP NS2 that educates and trains veterans in IT disciplines and – if all requirements are met – results in a certification as an SAP Associate.

“This is not just a feel-good initiative, ” Testoni said soon after the launch. “We are committed to providing high-quality training and intensive support to veterans, leading to certifications that will be valuable in many career paths in the U.S. and worldwide.”

SAP NS2 Vice President for Business Development Joe Kernan – the former Vice Admiral of the U.S. Navy and NS2 Serves Chairman – said the company’s success is based on one principal metric: jobs.

“In all of our minds, if we don’t find these young men and women employment, we have failed them, ” Kernan said.

The program has attracted a number of impressive honorary co-chairs (see below) and SAP NS2 wants to expand the program to be offered three times per year, and to offer training to the spouses of veterans who have served in combat.

Kernan caught up with several of our media properties to describe in more depth the gaps between employer and veteran that NS2 Serves aims to bridge, the arrangement and specifics of the course, and how its looking to partners to help it grow.

The program will also be highlighted this weekend at the Academy of Country Music’s “Party for a Cause” event in Las Vegas. That will include a video released by SAP NS2 on the program and available here on their website.

Click here to make a donation to NS2 Serves and to learn how you can support the program.