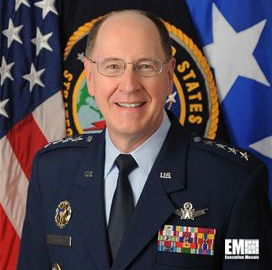 Robert Kehler, a retired four-star Air Force general and former head of U.S. Strategic Command, has been appointed to the board of directors at Inmarsat.

The 38-year military veteran will officially take his board role on May 6 and become a member of the British telecommunications contractor’s remuneration committee, Inmarsat said Thursday.

“We are especially pleased that with the recent retirement of Retired Admiral James Ellis Jr., we were able to appoint someone to the board who will provide a continuity of similar experience, ” said Andrew Sukawaty, Inmarsat’s executive chairman.

As Stratcom chief, Kehler was responsible for the U.S. military’s plans and operations in the fields of strategic deterrance, space and cyberspace.

He led the command from January 2011 to November 2013 and was responsible to both the U.S. president and defense secretary in that role.

Prior to that, he led Air Force Space Command and oversaw the branch’s development, acquisition and operation of space and missile systems. 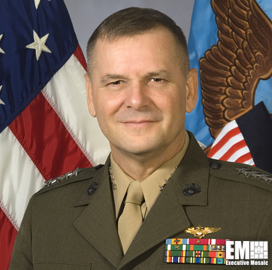 James “Hoss” Cartwright, a retired U.S. Marine Corps general, has been named to the board of advisers of Washington, D.C.-based customized spectrum and engineering platforms provider Expression Networks. 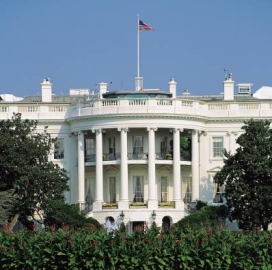 President Donald Trump is expected this week to order the creation of a new combatant command that would focus on space, CNN reported Monday. Vice President Mike Pence is set to visit Tuesday the Kennedy Space Center in Florida and the Pentagon this week to talk about the administration’s plan for a new space force. 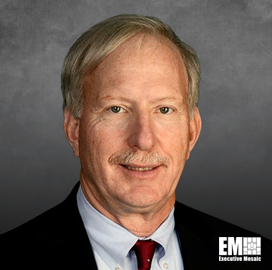 Jeffrey Harris, a more than 40-year space industry veteran and chairman of D-Wave Systems‘ government arm, has joined the advisory board at Peraton. He will join other government and industry technology veterans on the board that provides advice on Peraton’s strategic direction, the company said Monday. “I’ve had the pleasure of working with Jeff over the