Former top Department of Homeland Security official Keith Trippie, who recently rejoined the private sector after more than 10 years with DHS, has embarked on two entrepreneurial business ventures that will be active in the federal and commercial technology spaces, Trippie told GovCon Wire in an interview.

Trippie is currently establishing the Trippie Group LLC, a consulting firm that will work to bring innovative commercial IT models to the federal space “to help government achieve mission and enhance customer satisfaction, ” he noted.

Trippie said that the budget environment is driving the need to “run government more like a business, ” which will require government to place a stronger emphasis on innovation, implement new and different ways of buying IT, and to act more like financial firms when managing their investment portfolios and making business decisions.

“Today, IT is evolving so fast, that the opportunity to bring the future to the present was too appealing to not lean in, ” Trippie said. “And with federal budget cuts in place for the foreseeable future, the government as well as the industry that supports delivering value to the government, is changing.”

While at DHS, Trippie grew the DHS OCIO, Enterprise System Development Office from concept to a more-than-$70 million organization, and earlier oversaw a $6 billion IT portfolio as Acting Executive Director for the Enterprise Business Management Office (EBMO).

At EBMO, he oversaw the department’s IT process and procedures for e-Government, budget formulation, IT program management oversight and annual capital planning for IT investments.

In his most recent role, Trippie noted he implemented an “innovative” mobile application accelerator called DHS CarWash and deployed an “iTunes”-like model for analytics capability in investment portfolios. He also oversaw DHS’ strategy and implementation of secure enterprise applications and 10 cloud-based services.

Trippie will also launch a business to monetize cyber threats that will build off of his leadership experience in areas including cloud computing, mobile, continuous delivery, cyber risk management and analytics.

“Every day it seems another company has been attacked by the bad guys, ” Trippie said. “So if you are a CEO or Board Member, you are asking yourself, ‘How do I share these new risks? What is my company’s cyber posture? And how do I know if we are doing the right things to protect my organization?’

“I have developed a disruptive business model that will help leaders get answers to those questions and will look to introduce this concept into the commercial marketplace in the future.” 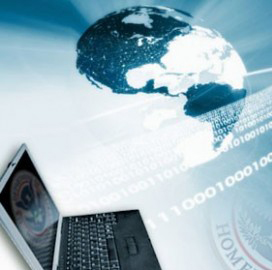 Trippie said that model involves introducing innovation around tools such as gamification and risk indices that are supported through social media components similar to those used by Google and Facebook – things “no one, or very few, are doing right now in that space, and not in one company.”

“I had the privilege of working for Homeland Security for 10 years and learned a lot over that time, ” Trippie noted. “I was fortunate to have worked with some talented and dedicated people along the way. But timing is everything. The fruit is at the end of the branch.”