Sikorsky Wins $3.5B to Build Helicopters for Turkey 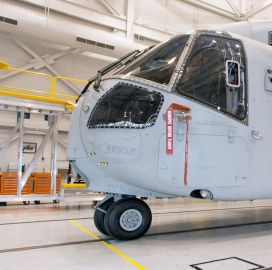 Sikorsky Aircraft Corp. has signed a $3.5 billion agreement with Turkey for the production of multi-purpose helicopters, Defense News reported Friday.

The T-70 is a variant of Sikorsky’s S-70 Black Hawk International aircraft, according to the article.

Defense News reports that the contract’s value could potentially reach more than $20 billion through follow-on orders.

Turkey plans to use Sikorsky helicopters for military, law enforcement and firefighting operations, according to Bekdil.