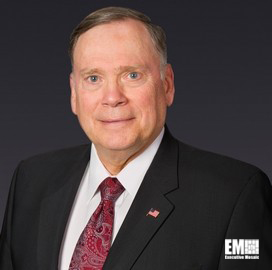 John Jumper, chairman and CEO of Leidos (NYSE: LDOS) for nearly two years, plans to retire from the chief executive role when the board of directors appoints his successor.

The former Air Force chief of staff will continue to serve as chairman of the board, which he has been a member of since 2007 and chaired since 2012, Leidos said Tuesday.

“We look forward to his continued service on our board of directors and his assistance in an orderly transition to a new CEO, as we implement the strategy being developed by the management team and the board of directors, ” said Lawrence Nussdorf, lead director.

Leidos said the board of directors will consider internal and external candidates for the CEO post.

Jumper became CEO of Leidos in March 2012 when it was known as Science Applications International Corp. (NYSE: SAI) and led SAIC through its division into two independent companies — Leidos and SAIC.

Executive Mosaic’s staff elected Jumper to the Wash100,  a group of government contracting executives recognized for vision and achievement at the intersection of the public and private sectors.

Before joining the private sector, he served as the Air Force’s top uniformed officer for four years prior to retirement after a 39-year military career.