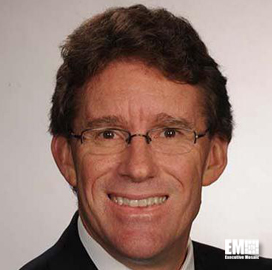 Phil Nolan, chairman and CEO at Galeos Group, has been appointed to the board of directors at Capgemini Government Solutions where he will serve as an outside director, Capgemini said Thursday.

He joined McLean, Va.-based Galeos Group in 2012 and was chairman, president and CEO of Stanley Inc. prior to Galeos.

Nolan was promoted to CEO of Stanley in 2002 and served as corporate secretary, treasurer, general manager, general counsel, vice president of operations and president prior to that appointment.

The 24-year U.S. Navy veteran currently serves on the board of directors at NCI Inc. and Camber Corp. and is a board of advisors member at Pragmatics Inc.

He received the Ernst & Young Entrepreneur of the Year Award in 2007, according to Capgemini.

Nolan joins Renny DiPentima, former president and CEO of SRA International,  and Lieutenant General (Ret) Greg Newbold, former director of operations of the Joint Chiefs of Staff, on Capgemini’s board of directors.