Barbara Opall-Rome writes that the Israeli government will make the $650 million company available to domestic and international companies that will need to form an Israeli management team and be subjected to the Defense Ministry’s evaluation.

“I praise the approval of IMI privatization, ” Defense Minister Moshe Ya’alon said Nov. 27, citing its impact on the Israeli economy.

Privatizing IMI would include the formation of a new company called IMI Systems based in southern Israel, according to the report.

Sensitive programs and technologies such as ballistic missiles and launch systems will remain government property under a new MoD firm, Defense News reports. 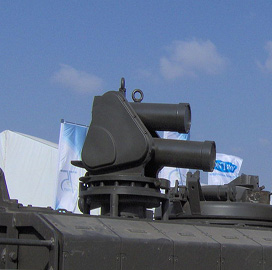 The single-package sale covers all of IMI’s divisions and business units, including the Ashot Ashkelon Industries subsidiary, drive train and related technologies, the report says.

Opall-Rome writes the Israel government expects to generate $700 million in net profit from the sale of all IMI properties.

The Israeli Knesset is set to hear the privatization proposal in December, Defense News reports.