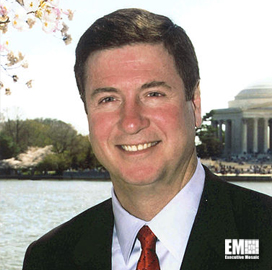 “Few people know how committed Gov. Allen has been throughout his career on improving our nation’s energy efficiency and independence, ” CEO Terry Ryan told GovCon Wire.

“We are thrilled to have him as a strategic partner in developing innovative solutions that save energy and improve user experience.”

“I look forward to leveraging our combined strengths for the advancement of passive optical LAN solutions, which provide high bandwidth and significant energy and cost savings for private enterprises and public entities, ” Allen said of his new position.

As a senator, Allen founded the chamber’s Competitive Caucus and co-founded the Nanotechnology Caucus with Sen. Ron Wyden (D-OR).

As governor, Allen worked to turn Virginia into an information technology and semiconductor fabrication hub.

He founded the strategic consulting business George Allen Strategies in 2007 and has served as a board member for companies such as Armada Hoffler and Nano Risk Assessment.